Horror games have terrified me ever since I was little. And while horror movies were scary in their own right, they couldn’t ever compare. With movies, you can hide under a blanket and just watch. Observe the misery, helplessness, and inevitable end of our unfortunate protagonist.

But with games, you become that unfortunate protagonist. You have to live out the nightmare and brave the horrors that await you. Back when I was a kid, I got a PS2 for Christmas. I was so happy at first, but my joy soon got replaced by terror. I discovered the only game that came with it was Silent Hill 2.

Many times I would start the game, watch the intro, set a few steps inside the fog, and stop playing. And I never could muster the courage to play. It would be only 10 years later I’d see the ending of the game. And what a depressing ending it was, let me tell you.

As years passed, my courage rose bit by bit and it got easier to play horror games. But even then, I got spooked all too easy. That jumpscare in the opening hour of Outlast made me stop playing the game for over a week. But despite that, I still beat the game, eventually.

And it wasn’t because I was courageous or anything. I was still a coward through and through. But I used every trick in the book to make it easier for me without completely ruining the experience. So here’s what I do and maybe it will help you as well!

1. Play during the day for more courage

If there’s one thing that makes horror games (and horror in general) easier to digest, it’s the bright and comforting midday sun. How? Well… There’s both a psychological and biological reason.  First, if you’re afraid of horror games, chances are, you’re afraid of the dark. Or at least, you’re unsettled by it.

Second, we have an instinctive response to the dark. In ancient times, our ancestors were always endangered by wild predators. So they always had to be alert at night to survive. And even though times have changed, we still have this innate alertness.

So what happens when you play horror games during the dark hours? It becomes way more unpleasant. All because you’re dealing with external factors. And not just the game.

But neither of the things apply when the sun is up, allowing you to focus solely on the horror game. That being said, turning on lights won’t have as much of an effect. After all, it’s still dark outside. 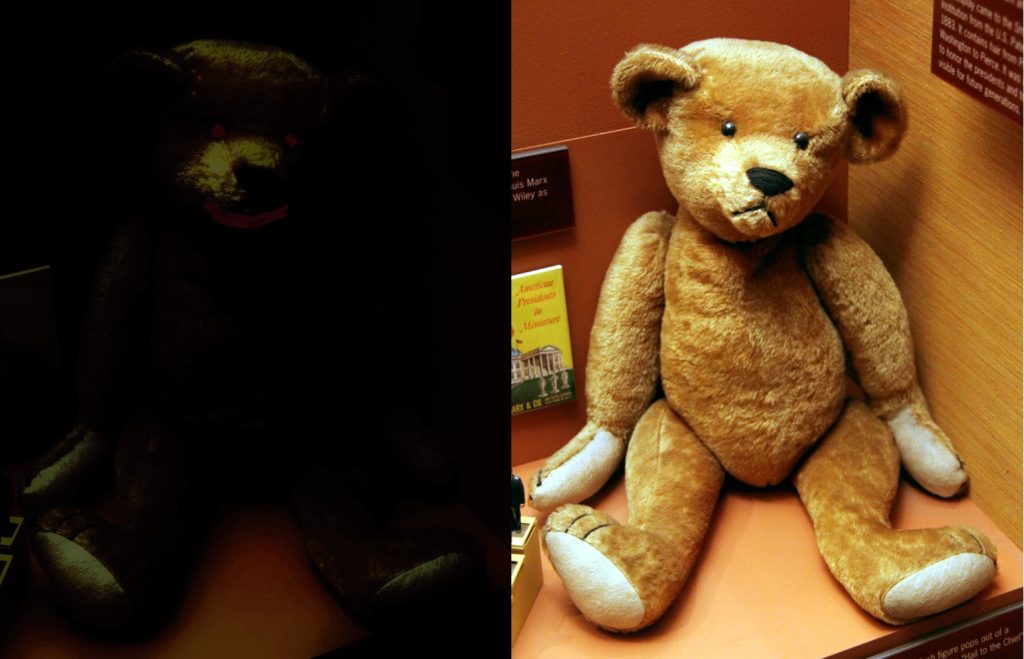 2. Increase the brightness of your game/screen to reduce the scare factor

The most commonly used scare tactic in horror games is darkness. Or poor visibility of some sort. It hides scary monsters, technical flaws, or poor graphics. But at the same time, the darkness plays into our fears and primordial instincts, keeping us in suspense for the next scare, making it more terrifying.

Thus, we have these brightness adjustment screens saying: “Adjust till right logo is barely visible and left logo is invisible.” And I say “nonsense” to that. Let’s make both logos perfectly visible instead!

This way, we can see past our toes, causing some horror games to feel like walking simulators instead. Be advised, however, that some horror games will still have maze-like layouts, so it won’t be the visibility you’re struggling with, but impaired line-of-sight.

3. Lower the volume to prevent jumpscares

Another common scare tactic in horror games is sudden sounds, a very important part in jumpscares. A loud bang, a bone-chilling shriek, or practically anything at all. And it will always work without fail. If it’s loud enough, that is.

The way this works is – anyone will get surprised by a loud and sudden sound. So there’s no difference whether it’s the real world or a horror game. But here comes the interesting part.

The reason loud sounds work so well in tandem with darkness or poor visibility is because of how our senses work.  Visuals travel to our brain in 20-40ms. While sounds travel to the brain in 8-10ms. So in close proximity, you will always hear something before you see it.

And if you’re freaked out by the initial sound, the scary imagery that appears next will only amp your fear. Then what if you just lower the volume? Fewer chances of getting surprised. And even unsettling ambiance and music will have less of an effect on you!

You might be someone with an overactive imagination, just like me. And from my experience, the longer I put off playing a horror game the more terrifying it gets. I think about it, I daydream about it, I recall certain characters and events, and I think what’s gonna happen next.

But the more I do it, the picture in my mind keeps getting more twisted, distorted, and terrifying. This, of course, makes me too scared to even play the game. Thus, the simple trick is to catch yourself when you start thinking deeply about the game. And launch the game the instant you feel any anxiety about playing it. 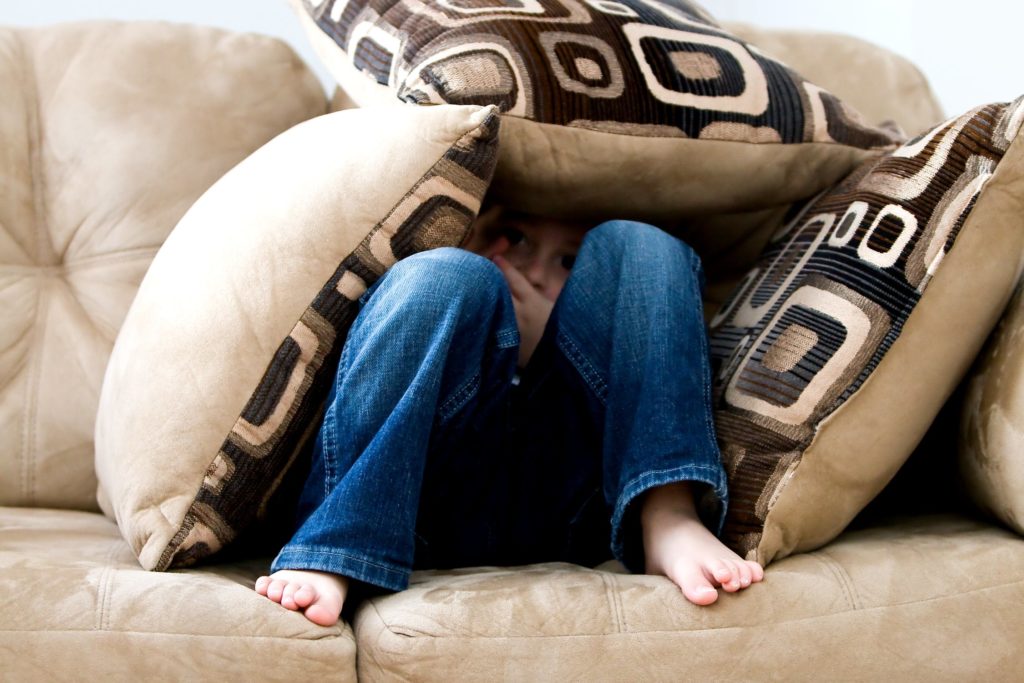 There’s something quite unnerving about being alone at home. You start paying more attention to your surroundings. Every little noise draws your attention. And paranoia keeps building up.

This gets amplified when it’s dark. And it becomes especially unbearable while playing a horror game. But why subject yourself to this kind of torture? Unless you’re gunning for the “Bravest Person of the Year” award, of course.

Simply put, get someone to sit next to you or stay within the same room while you play the game. Another person’s presence will not only give you more courage but also make you feel more at ease. Give it a try!

These five steps have always helped me deal with horror games. It isn’t an instant courage switch or anything like that. But it helped me beat dozens of horror titles. And I’m not sure I’d have finished even a half of that otherwise!

Let me know what your approach is to tackling horror games in the comments below! If we pool our knowledge we may even cook up something even better! Until next time, Kiri out~