Updated for 3.11. Path of Exile: Harvest

Path of Exile is an incredibly deep game with many mechanics and aspects to learn, which can be really intimidating and frustrating to beginners. One such aspect is PoE gem quality. So this post will try to help you with the gem quality mechanics, where they fit in your gameplay, and how they affect your build roadmap.

What is gem quality?

Gem quality is the percentage on a skill gem, which adds a new line of stats to a skill gem or boosts an existing stat. The stat itself can range from being incredibly powerful to downright terrible. 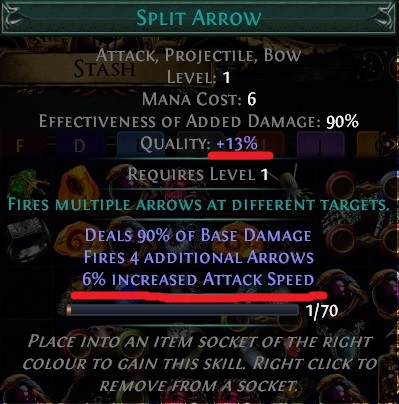 Should you care about gem quality?

Yes, but it depends on the gem AND your build. For example, all aura gems get increased range per 1% of quality. But unless you’re playing a support character, the increased range on aura gems is completely useless. Or if you get quality on a skill such as Blood Rage, it’s 0.25% attack speed per 1% of quality. This means a level 20, 0% quality Blood Rage (15% increased attack speed)  is equal in strength to a level 10, 20% quality Blood Rage (also 15% IAS). 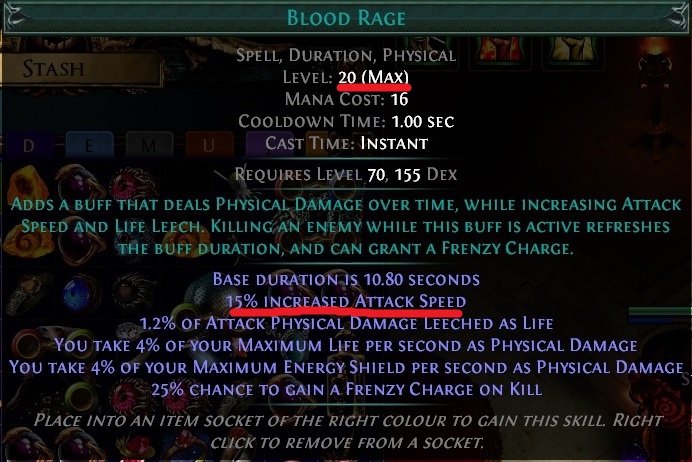 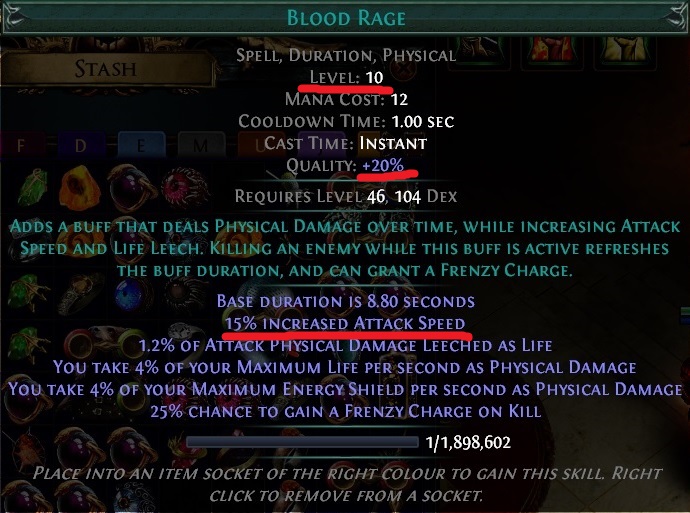 How does gem quality affect your damage?

Gem quality gives supplementary stat increases that are additive with other stats. It doesn’t multiply the base damage or effect of a skill in any way. Some skills get quality of life improvements from quality. Such as increased Area of Effect on Tectonic Slam. Or a pure damage steroid. For example, increased attack speed on Reave.

Levels on a gem are way more important than quality. Levels increase the base damage, damage effectiveness, and effect of any skill or support gem. This is especially the case for spell gems. But quality is still good because it gives us a way to slightly increase our character’s power on top of that.

What’s the highest gem quality you can get?

The maximum quality you can get on any normal gem is 20%. This increased to 23% on corrupted gems. And some gems with up to 30% quality exist on Standard League. The drop location for these is speculation since it might’ve been disabled already, but one of the guesses is Vorici in the Syndicate’s Transporation safehouse.

How to get gem quality?

Gems can drop with quality ranging from 5-20% (1-4% only happens from strongboxes with the quality mod).

You can use the currency item Gemcutter’s Prisms (GCP) to increase quality by 1% for each GCP you use. 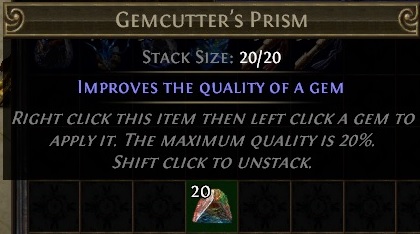 Or you can use the gem quality recipe. For that, you need to vendor a level 20 uncorrupted skill gem and 1 GCP. In return, you’ll get a corresponding level 1 gem with 20% quality. The vendor recipe doesn’t work for gems that can’t reach level 20. For example, Enlighten, Brand Recall, Blood and Sand, Awakened Gems, etc. 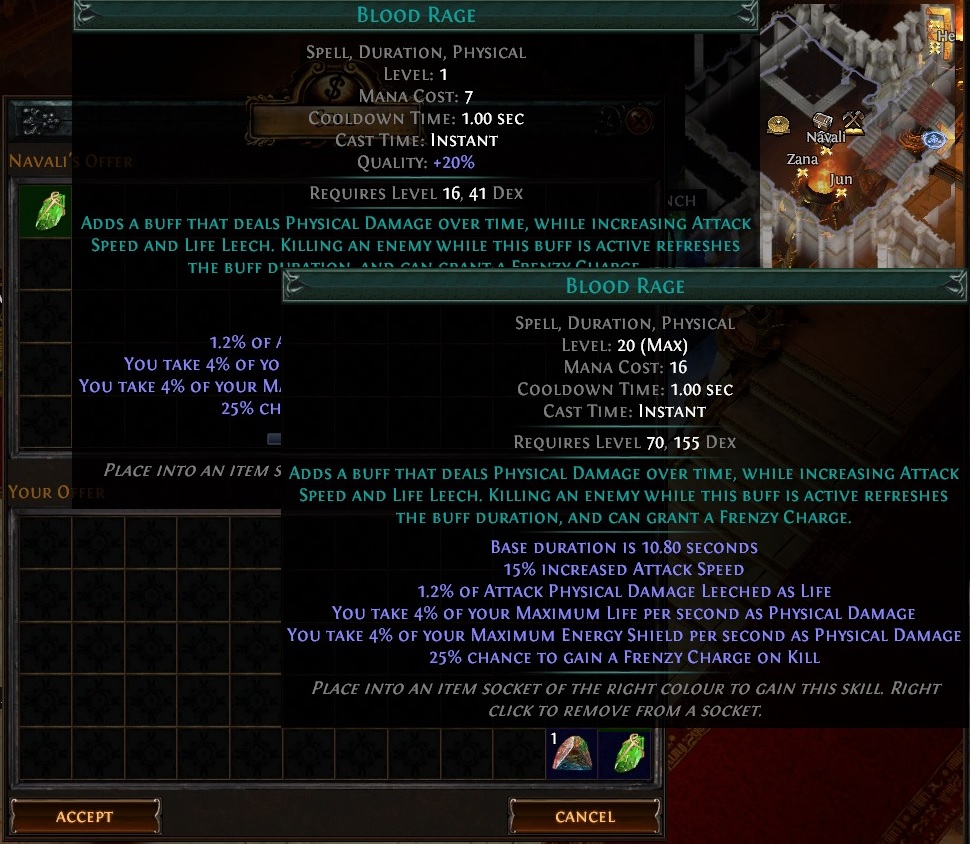 To increase your gem’s quality above 20 you need to corrupt your gem. It needs to have 20% quality beforehand, so when you corrupt it you’ll have a 16-20% chance to increase gem quality to 23% (from 20%). You can do this with a Vaal Orb. Or using a Lapidary Lens found in Temple of Atzoatl’s Doryani’s Institute, which is the level 3 version of the Gemcutter’s Workshop room. 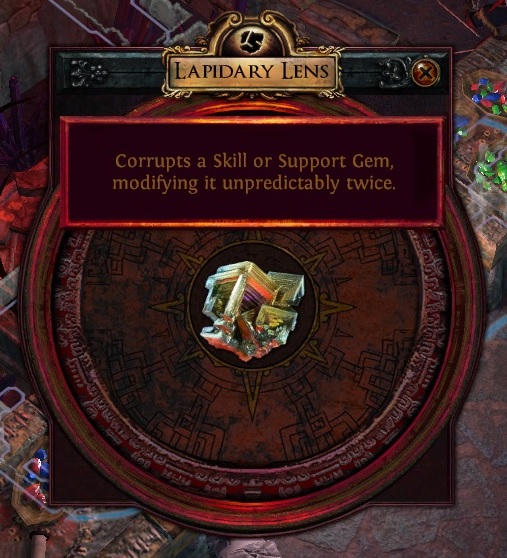 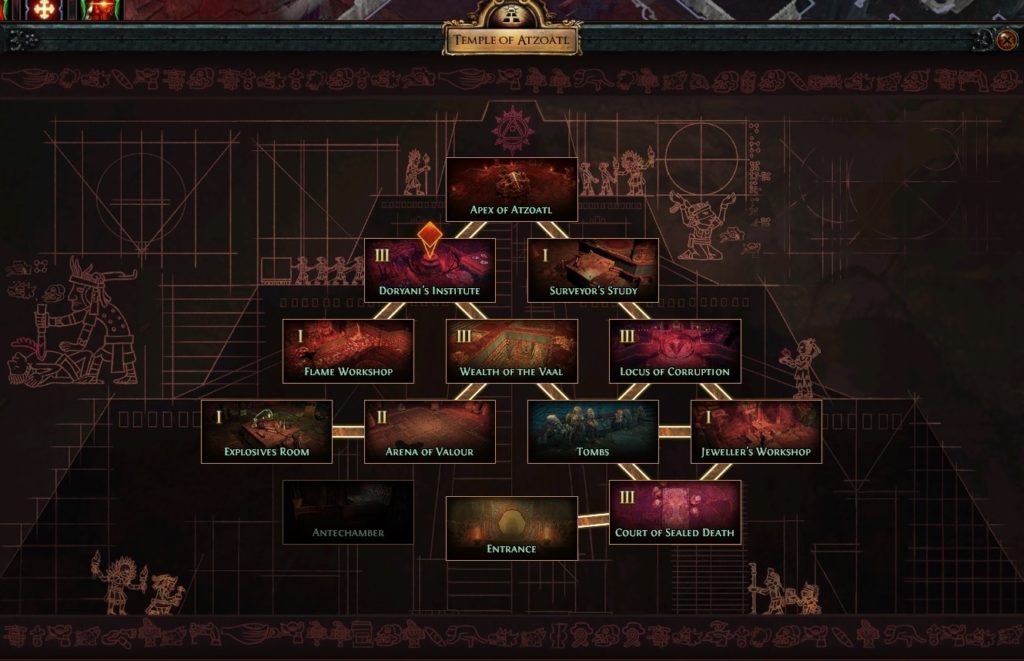 When should you use Gemcutter’s Prisms to get more gem quality?

You can use GCPs on gems whenever you want, but some factors determine if it’s worthwhile:

When should you use the gem quality recipe?

What does corrupting a gem do exactly?

When you corrupt most gems with a Vaal Orb, there can be 5 different outcomes. And 6 outcomes for gems that also have a Vaal version. For example Spark. Corrupting with the Lapidary Lens will always get you 2 out of the 5/6 outcomes.

This means you only have 16-20% chance to get that sweet 23% quality.  But it’s easier for gems that have no vaal versions.

When should you corrupt gems for more quality?

Corrupting gems is essentially gambling. You can win AND lose. So do it if you’re feeling adventurous or if you want to min-max your character. But once you corrupt a gem, there’s no undoing it. From then on, you can’t change the gem other than leveling it.

So the things to consider are:

A thing to note is that if you just need the 23% quality, you can also corrupt a level 1 gem with 20% quality. If it gets to 23%, then great, you can level it up as usual. But if not, you can immediately discard it.

Can you use Gemcutter’s Prisms on a corrupted gem?

No, you can’t. The gem quality vendor recipe doesn’t work either. But the gem still gains experience, so you can still level it.

What are the best and worst gems to have quality on? (Tier List)

All gems were not created equal. This includes base damage, range, damage effectiveness, area, and usability in general. And the same goes for gem quality. Here’s a gem quality tier list for both active skill and support gems .

(note: this tier list doesn’t represent the actual usefulness of the gem itself, but just the quality bonuses):

For a full list of active skill gems and their quality stats, check out poedb.tw

*only while leveling, drops to E-Tier when max level

For a full list of support gems and their quality stats, check out poedb.tw

The second one is to vendor a gem with 20% quality. This is useful to recycle cheap or bad 20% quality gems like Mirror Arrow or Blink Arrow. 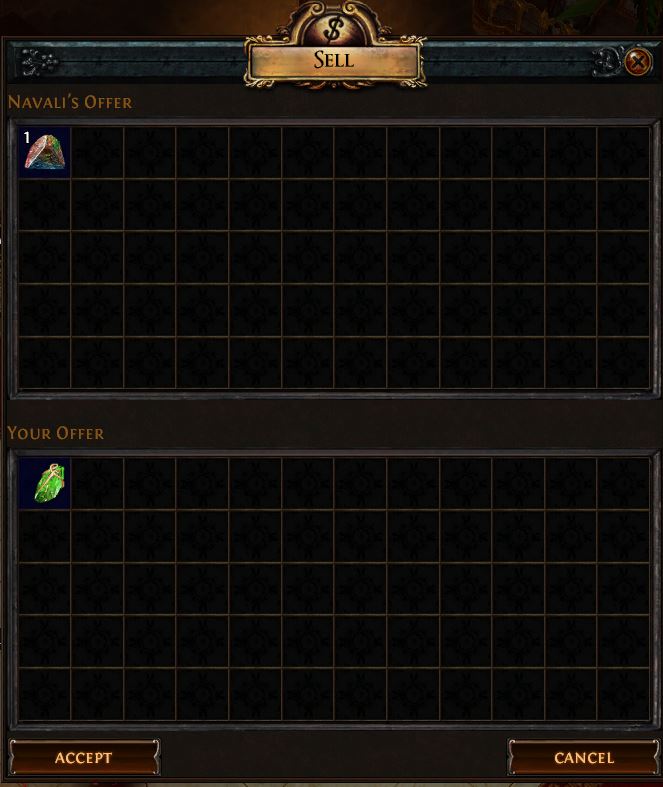 You’ll probably get to use the first recipe way more than the second one, but both can be useful!

Anything else you’d like to know about Gem Quality?

If there’s any other question you’d like answered about Gem quality, feel free to ask in the comments. I’ll be sure to reply and try to help out. Thanks for reading and have an awesome day, exile!

17 Simple Tips and Tricks for Path of Exile 3.12 Heist

PoE Chaos Orbs Explained – Everything You Need to Know