Chaos Orbs is a golden currency item that’s found in Path of Exile. It has a unique look, resembling three faces spliced into one. If you’ve played PoE for a while, you’ve probably accumulated quite a few of them.

Why are Chaos Orbs so important in PoE?

Chaos Orbs have become the staple currency item in Path of Exile because of their versatility. You can use them for buying items, crafting re-rolling rare items, adding mods in the crafting bench, adding Zana mods in the map device, and even re-rolling maps. In short, you’ll always need Chaos Orbs.

Can you buy Chaos Orbs from vendors?

When do Chaos Orbs start dropping?

Chaos Orbs drop from level 12 enemies and above. But the earliest you can find a Chaos Orb is in the level 10 zone “The Prisoner’s Gate”, but only from Rare and Unique monsters. 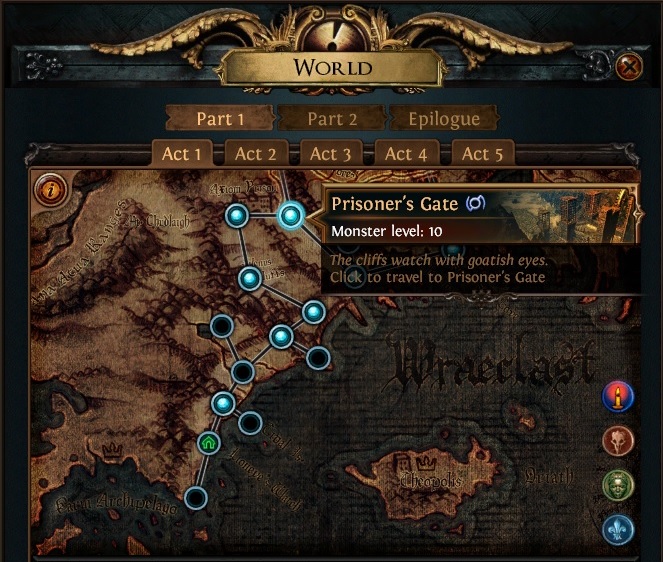 So moving forward in the level 11 zone The Ship Graveyard, you can get Chaos orbs from magic, rare, and Unique monsters. 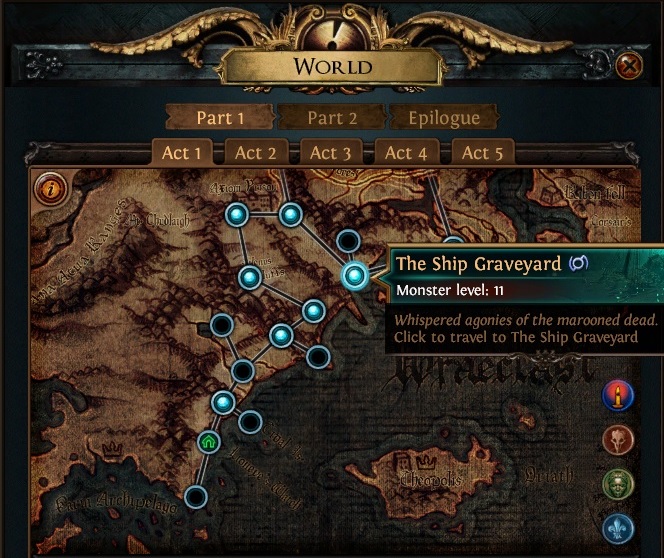 And finally, starting with the level 12 Merveil’s Cavern, you can get Chaos Orbs from all monsters. 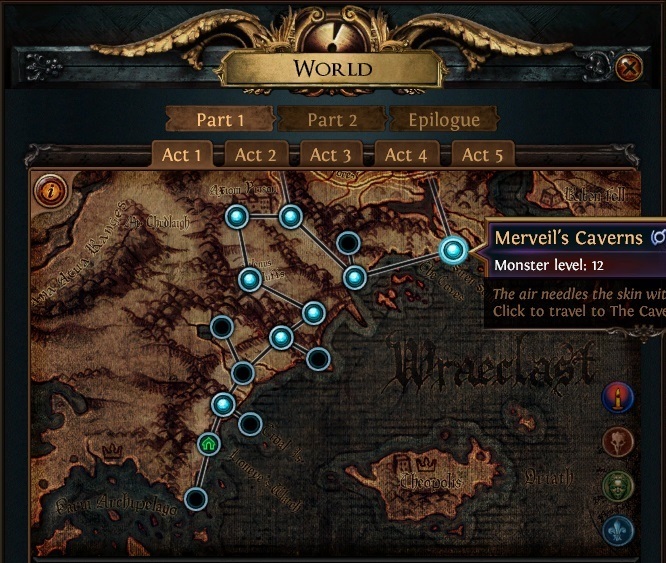 How can you use the Chaos Orb vendor recipe? 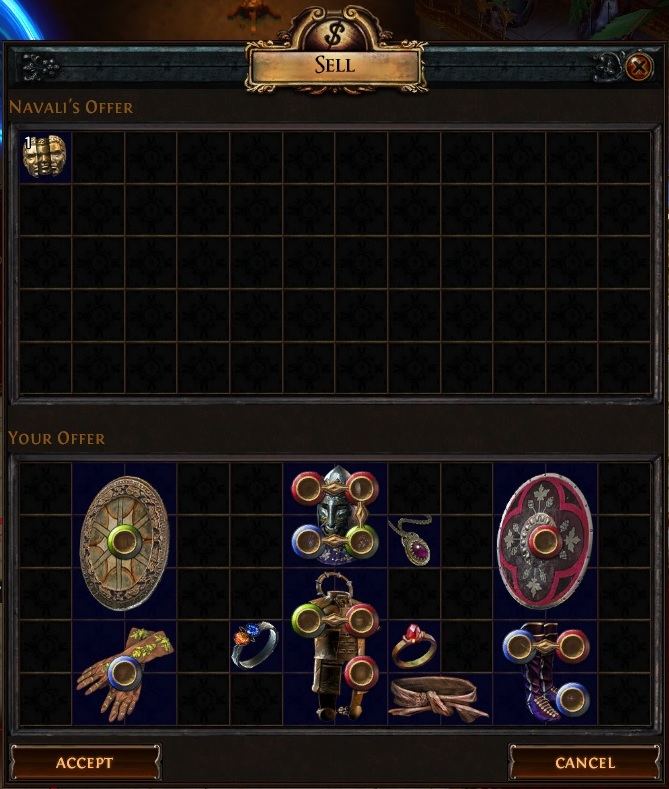 What if the Chaos Orb vendor recipe doesn’t work?

Sometimes the Chaos Orb vendor recipe won’t give you a Chaos orb. So when that happens look at the result:

When can you start using the Chaos Orb vendor recipe?

The earliest you can start collecting itemlevel 60 rare equipment is in level 58 zones (The High Gardens, The Lunaris Concourse, and The Imperial Fields) from rare and unique enemies. 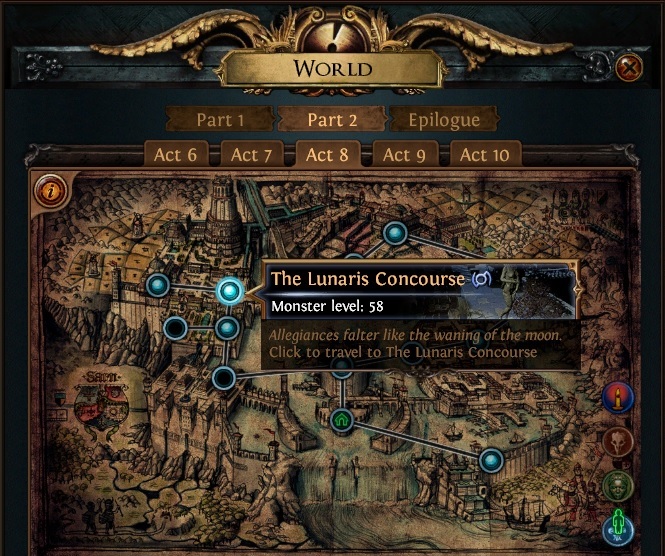 After that in level 59 zones (The Solaris Temple and The Lunaris Temple) from magic, rare, and unique enemies. 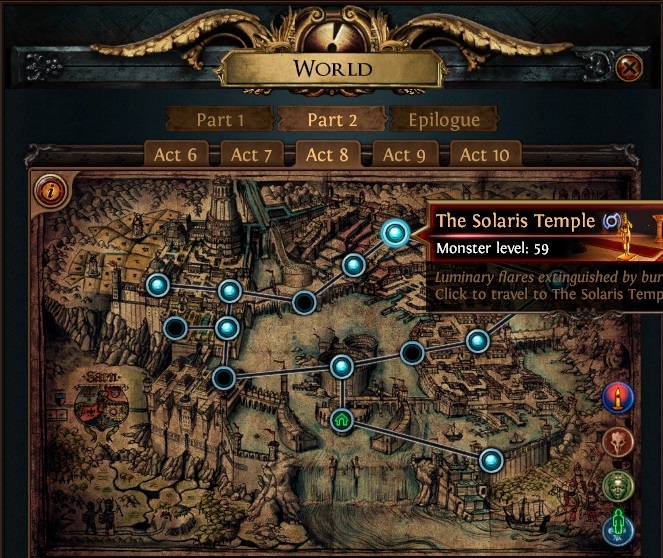 And finally, starting with the level 60 zone “The Harbor Bridge” you can collect rare equipment from all enemies. 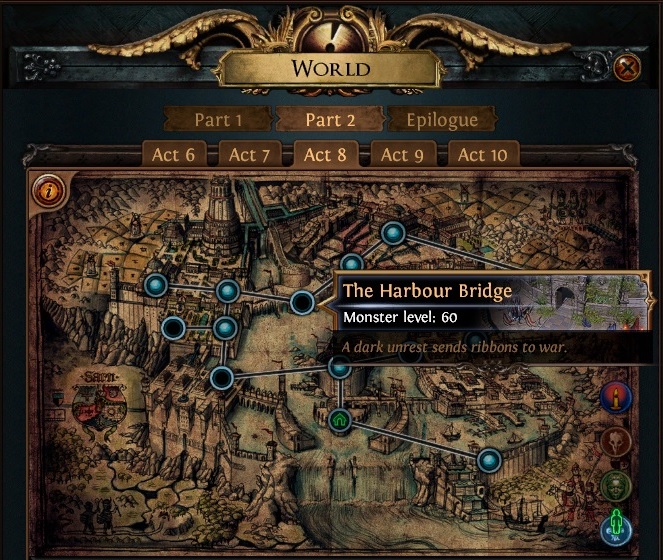 But this only lasts until Tier 7 maps. In Tier 8 maps and above all items drop at itemlevel 75+, so you can only use the Regal Orb vendor recipe with them.

Is the Chaos Orb recipe worth it?

The Chaos Orb vendor recipe can be a great way to quickly earn some extra currency. But the best time to use it is in the beginning of a league. This is because early in the league, all unique items, even the really rare ones, are way cheaper than they will be later on.

So if you level up quickly, you can collect a few dozen Chaos Orb recipes and buy lots of great items cheaply. You can even exchange them into Exalted Orbs since they’re also cheap. And then change them back into Chaos Orbs about two weeks into the league.

But the effectiveness window for this is very narrow. The longer a league goes on, the more the prices will rise, and the more pointless the Chaos Recipe becomes. This is also affected by the strength of your character. Simply put, the faster you clear high-quantity maps, the more you gain from simply killing monsters. So don’t waste time on the Chaos recipe if you’re easily clearing 8-mod red maps!

Three types of Chaos recipes – which one is the best?

There are three variants of the Chaos recipe. All require a full set of itemlevel 60-74 rare equipment. But the main difference between them is item state and quality.

So the arguably the best Chaos recipe is #1, a full set of rare itemlevel 60-74 equipment. It’s the best in terms of practicality and usefulness. And even though it only gives you 1 Chaos Orb, the other two are simply not worth the time or effort. Especially because, you can’t use Breach rings for #2 and #3.

Neversink’s Loot filter on Semi-strict works really well for Chaos Recipes. Anything higher than that and you won’t be seeing enough rare items. Anything lower and you’ll get too many big rare items that fill up your inventory. In both situations, it can take a really long time to collect a Chaos recipe. The default loot filter isn’t recommended either.

What are the best things to use Chaos Orbs on?

Chaos Orbs have many uses, but some of them are simply better than others. So here the ways you could be using them, from best to worst:

By buying better gear you can improve your build, clear maps quicker, and kill stronger bosses, which will in return earn you more Chaos AND Exalted orbs.

#2 Add mods on good rare items through the crafting bench

Simply put in your rare item inside the crafting bench and scroll through the list of available mods. Maybe you’ll be able to turn a terribly mediocre item into something completely awesome! 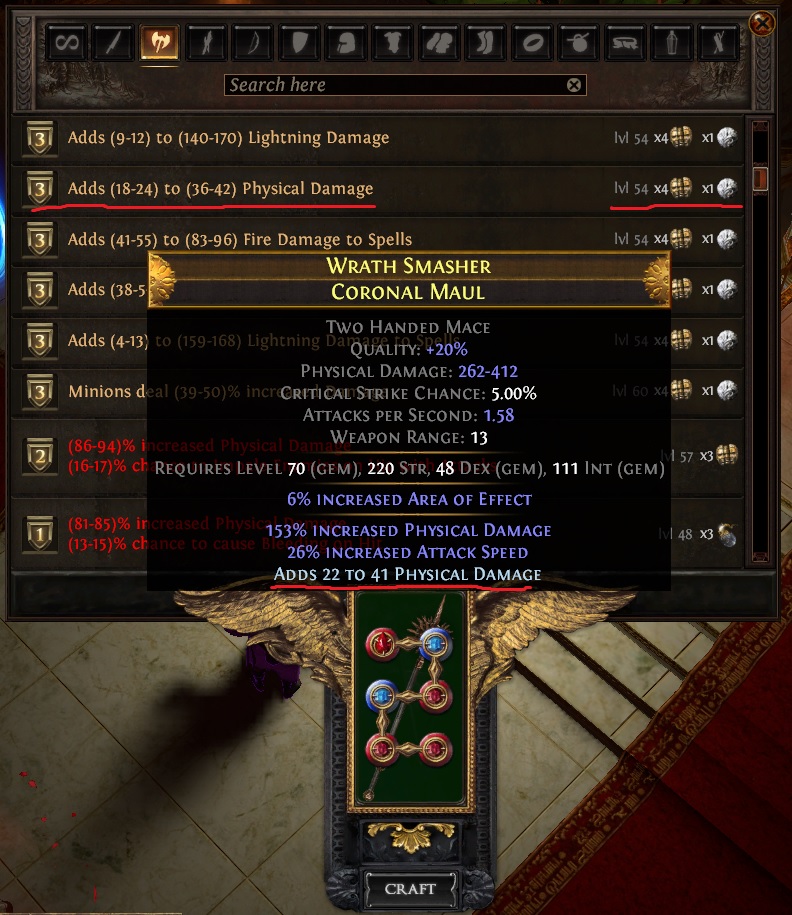 Sometimes when you roll a map with an Alchemy Orb it will be completely terrible. No regen, no life or mana leech, elemental and physical reflect, and the list goes on. So when you see a map like that, use Chaos Orbs on it until you get something that won’t outright kill you on the first monster pack.

Zana mods are awesome. They add extra stuff in the map and enable league-specific drops. For example, when you apply the “Nemesis” mod, Nemesis league unique items such as the Headhunter or Berek’s Respite can drop. Unfortunately, without the proper sextant setup or map quantity, the yields will be really low, causing you to rapidly Chaos Orbs. 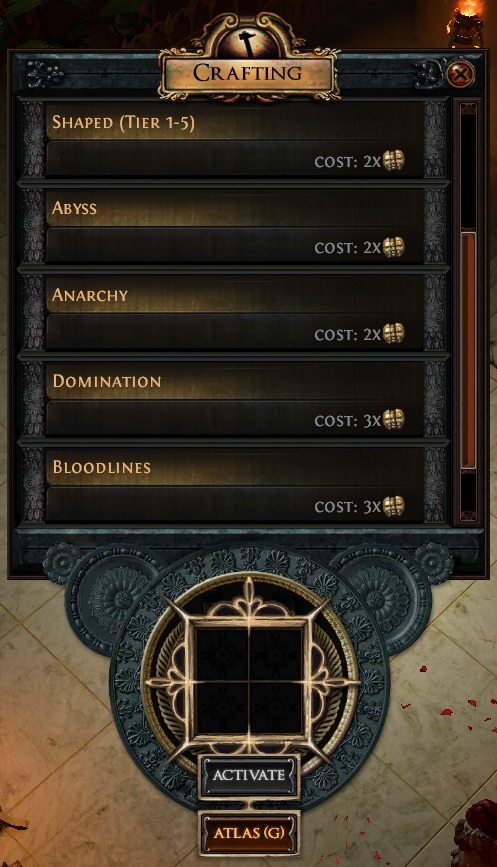 #5 Use Chaos Orbs to re-roll rare items (not recommended, even on SSF)

When you’ve done it all or simply feel bored – try spamming Chaos Orbs on a high itemlevel (84+) rare item. Who knows, maybe you’ll get something good? But most of the time this is a waste of time and currency. Alternatively, it’s probably better to just buy essences or resonators/fossils and try your luck with them instead.

Is crafting with Chaos orbs worth it?

Using Chaos Orbs to reroll a rare item is generally not worth it. You can waste hundreds of Chaos Orbs and not get anything good. Mostly because the better a roll is, the lower the chance to get them. So if multiple good rolls manage to align, it’s the same as winning the lottery in real life. The better alternative is to use the crafting bench to add mods to a decent rare item.

Should you convert Chaos Orbs into Exalted orbs?

There are two times when you can convert Chaos Orbs into Exalted Orbs: 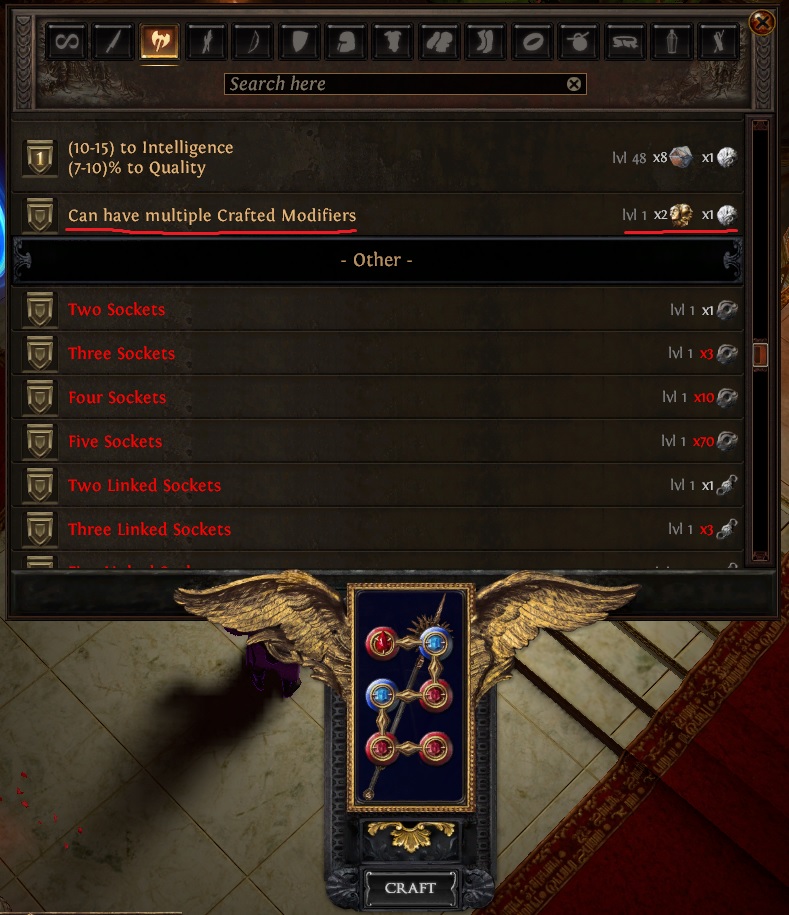 Is buying Cartographer’s Chisels or Maps from Zana with Chaos Orbs worth it?

Yes, if you’re playing in Solo Self-Found (SSF). Zana can considerably help you with the Atlas progression. And if you do a Zana map objective (the ones that can be seen on the Atlas), her item/map selection will reset. And no, if you’re playing in trading leagues because you can get them from other players cheaper. 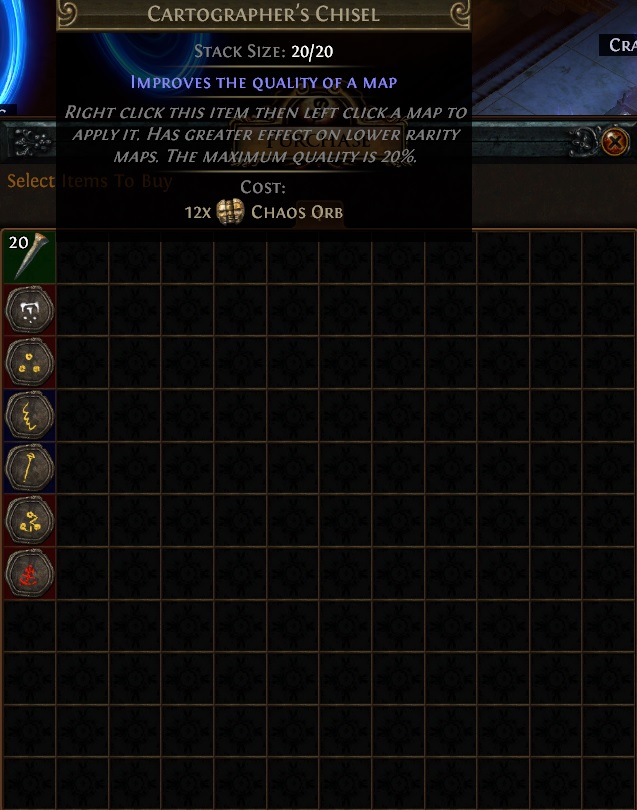 Anything else you’d like to know about Chaos Orbs?

Hope you enjoyed the read! If there’s anything else you’re unclear about in regards to Chaos Orbs, leave a comment below and I’ll try to help you! Thanks for reading, and have an awesome day!

17 Simple Tips and Tricks for Path of Exile 3.12 Heist